World War 3: Turkey’s Erdogan calls for ‘ARMY of Islam’ to ATTACK Israel on all sides

Less than a month ago the Turkish state’s mouthpiece the daily Yeni Şafak ran an article for Erdogan titled “A call for urgent action” and on the newspaper’s website headlined “What if an army of Islam formed against Israel?”

It called for the 57 member states of the Organisation of Islamic Cooperation (OIC) to form a joint army to simultaneously attack Israel from all sides.

The article said: “If the member states of the OIC unite militarily, they will form the world’s largest and most comprehensive army.

“The number of active soldiers would be at least 5,206,100, while the defence budget would reach approximately $175billion (£124billion).”

This was accompanied by an interactive map providing formation of military forces for a joint Muslim attack on Israel. 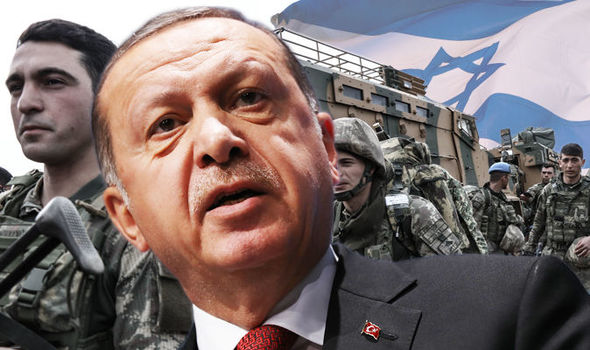 World War 3: Erdogan called for an army of Islam

The article provided additional details of the plan, saying: “It is expected that 250,000 soldiers will participate in the first of a possible operation.

“Land, air and naval bases of member states located in the most critical regions will be used.

“Joint bases will be constructed in a short period of time… It is possible for 500 tanks and armoured vehicles, 100 planes and 500 attack helicopters and 50 ships to mobilise quickly.”

Erdogan did not deny his support for the report and has on several occasions said he would like to resurrect the Ottoman Empire.

The tyrant has established military bases in Qatar and Somalia and recently reached an agreement with Sudan to acquire a Sudanese island in the Red Sea to be used as a military base. 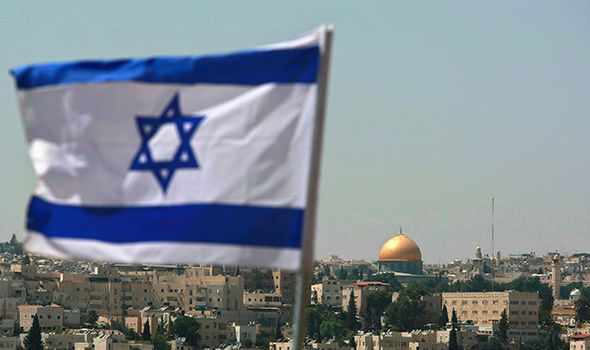 World War 3: There was a map for a joint Muslim attack on Israel

He has also repeatedly threatened to invade Greek islands in the Mediterranean and has recently invaded Syria under the pretext of fighting Kurdish terrorism.

Erdogan has also locked up journalists and activists who have spoken out against his regime.

But the European Union is urging members to approve a further €3.7billion (£3.28billion) to help Turkey deal with Syrian refugees who arrived in their country.

Brussels will now push to get Turkey the extra €2.7 billion (£2.4billion) from national governments, some of whom may be unwilling to pump new cash into the country.

Europe’s relations with Erdogan has been fraught in recent years but the EU depends on Turkey to keep a tight lid on immigration from the Middle East, where the war in Syria has killed hundreds of thousands and pushed millions from homes. 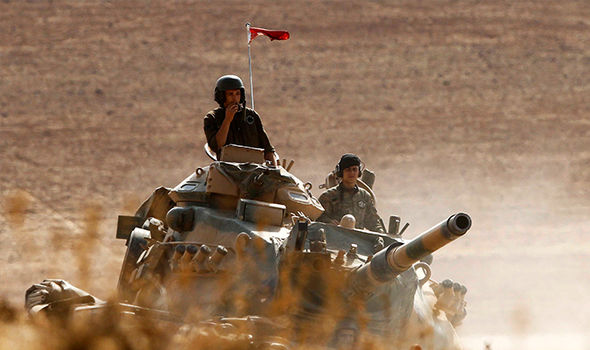 However, a draft document seen by Politico notes that if countries do not contribute and order the money be taken from the EU budget only, “standard EU rules would apply and the member states would be excluded from the governance of the facility (for refugees in Turkey).”

Top EU officials will meet Erdogan on March 26 in the Bulgarian city of Varna despite misgivings among many on the European side.

The bloc’s top migration official Dimitris Avramopoulos will announce on Wednesday that the European Commission proposes the extra funding on projects benefiting Syrian refugees in Turkey.

Turkey has accepted 3.5 million refugees from Syria, and the EU is already spending a first €3billion (£2.1billion) instalment to help them.